All you need to know about bedwetting 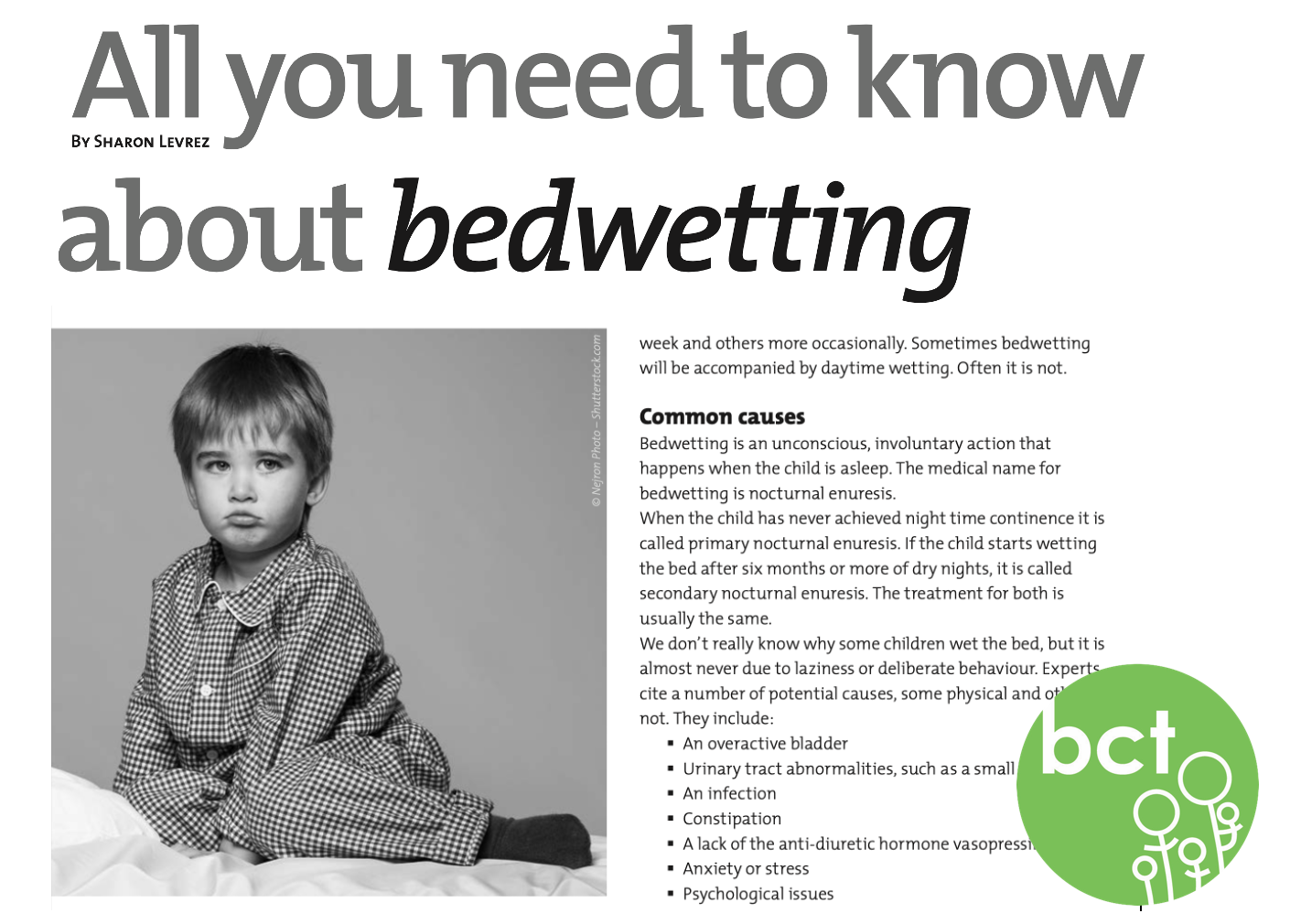 Ask a parent at what age children should be dry at night and they’ll probably say three or four years old. Ask an expert and they’re more likely to say six or seven.
Bedwetting is the most common childhood urological complaint. It is also one of the most common paediatric health issues. It can be as frustrating for the child as it is for the parents. And yet we don’t like to talk about it.  ‘It’s not an issue parents ever discuss much between themselves,’ says Liz.  ‘You almost feel it’s a reflection on you that you have failed in some way to train your child in one of the most basic bodily functions.’ Yet when she did finally talk about it, Liz found many others in the same situation. ‘It was a relief to hear that William was not unusual, and the problem was more common than I might have thought.’ According to the UK charity Education and Resources for Improving Childhood Continence (ERIC), 16% of five year olds, 14% of seven year olds, 9% of nine year olds and 1%-2% of teenagers wet the bed. Boys are more likely than girls to wet the bed up to the age of 12. For 12-16 year olds, however, there are proportionally more girls who wet the bed.  Some children wet the bed every night, some a few times a week and others more occasionally. Sometimes bedwetting will be accompanied by daytime wetting. Often it is not.

Common causes
Bedwetting is an unconscious, involuntary action that happens when the child is asleep. The medical name for bedwetting is nocturnal enuresis. When the child has never achieved night time continence it is called primary nocturnal enuresis. If the child starts wetting the bed after six months or more of dry nights, it is called secondary nocturnal enuresis. The treatment for both is usually the same.
We don’t really know why some children wet the bed, but it is almost never due to laziness or deliberate behaviour. Experts cite a number of potential causes, some physical and others not. They include:

Often there is a history of bedwetting in the family – the genetic link is thought to be quite strong. Sometimes, the child is a particularly deep sleeper, which means they don’t respond to signals that the bladder is full when they are sleeping. In the past bedwetting has been linked to poor toilet training, although this is now disputed. Psychological issues (such as a death in the family, abuse or extreme bullying) are more likely to be a factor in secondary nocturnal enuresis.
In only in a small percentage of cases is bedwetting due to a physical abnormality, such as a small bladder, but tests are normally recommended before deciding on a treatment. Rarely, frequent bedwetting (if accompanied by frequent urination in the daytime, increased thirst and weight loss) can indicate an underlying medical condition, such as type 1 diabetes. In most cases, however, bedwetting is simply a developmental delay and does not necessarily indicate any other developmental problems.

Feeling the pressure
Many parents are able to take bedwetting in their stride. ‘It is not such an important problem on the grand scale of life,’ says Martine, pointing out that parents can face much bigger challenges. Her daughter, aged 10, has managed not to let it bother her too much either. ‘She feels secure in her family’s understanding and reassurance of the issue,’ she says. Frequent bedwetting can put a strain on the child and their parents, however. This is a problem that can go on for years and that can cause broken sleep and feelings of failure. ‘Everyone says you should stay calm and wait for it to pass, but it’s sometimes hard to do that when you’re being woken up for the fifth night in a row at 3am,’ says Sarah. ‘You do wonder whether there is something wrong with your child or with your parenting.’ Parents are often afraid to seek professional help; they may feel ashamed or embarrassed. Children who wet the bed may fear discovery by their friends and schoolmates. They may suffer from teasing from siblings. They may become withdrawn and anxious. Bedwetting often only becomes a problem, however, when it starts to interfere with sleepovers, school trips or other activities. In many Belgian schools, overnight trips can start quite early when children are only aged five or six.  ‘Matthew would get very wound up ahead of a school trip,’ Alice remembers. ‘He would worry that his classmates would find out about his bedwetting and tease him about it.’ Yet often teachers can be very supportive, as Liz found. And these overnight activities might be the thing that helps families to deal with the problem. ‘School trips could have been problematic but the teachers at William’s school were sympathetic and before each trip asked parents if there were children with ‘night issues’,’ she says. ‘I was relieved to find that even at aged 11, William was one of quite a long list of boys who still weren’t reliably dry at night. The teachers said that it was not unusual at all to have at least 10-15 boys (out of a primary year group of 100) who still had issues and they were fantastically discreet about making sure those children had been to the toilet before bed, or were woken up to go, or helped them clean up in the morning if they had an accident.’

What can be done
In most cases, children will eventually outgrow bedwetting without the need for particular treatment. However, there are a few things parents can try in the meantime. They range from simple self-help techniques to prescribed medication. It may be recommended that parents limit the amount of fluid the child drinks after dinner, and to give more fluids during the day instead. Children are also encouraged to empty their bladder just before they go to bed.
Some parents choose to wake the child when they themselves go to bed, to encourage them to go to the toilet again. This might provide a short-term solution to bedwetting but it is not thought to work in the long term. When the child gets too old for nappies or pull-ups, mattress and duvet protectors can be used to soak up the wetness. Disposable bed mats are also useful, particularly when travelling.
‘One of the best pieces of advice I was given was to put a double layer of mattress protector and sheets on the bed,’ says Sarah. ‘You might not be able to do much to stop your child from wetting the bed, but you can make dealing with it easier.’
Another BCT mum suggests using a strip of thermal curtain lining to protect the mattress. “It’s cheap and covers the whole mattress in something waterproof without being plastic and really sweaty,” she points out. Some parents use bedwetting alarms, which aim to ‘train’ the child to recognise the urge to urinate when sleeping. They usually involve moisture sensitive pads fitted to the child’s clothes or bedding. These trigger an alarm if the child begins to urinate. Over time, the child learns to recognise the signs without the alarm.
If self-help techniques don’t work, and parents are worried, they might seek medical advice. Treatment is not normally prescribed in children under five, however. The doctor might order an ultrasound to check there are no problems with the bladder. He or she might advise bladder-training exercises, which are meant to increase the amount of time a child can go between toilet visits.
Finally, if other solutions are found not to work, or if they are unsuitable, the doctor might prescribe medication. This might include Desmopressin, a synthetic (man-made) version of the hormone that regulates the production of urine, Oxybutynin, which relaxes the muscles of the bladder, or Imipramine, which works in a similar way.
Punishing the child or removing treats when they wet the bed is generally discouraged. Most experts agree that a laid-back attitude is the key. ‘Reassuring your child that everything is okay is also important,’ according to the UK’s NHS. ‘Don’t tell them off or punish them for wetting the bed as this will not help and could make the problem worse. It’s important for them to know they’re not alone and it will get better.’

Further information
If you would like to talk to a fellow parent about bedwetting issues, or any other parenting topic, please feel free to contact the BCT’s Experiences Register at experiences@bctbelgium.org.

This article was first published in the March/April 2014 edition of the BCT’s Small Talk magazine.

This article is about:
← Prev: Feed me! Fussy eaters Next: Home alone → 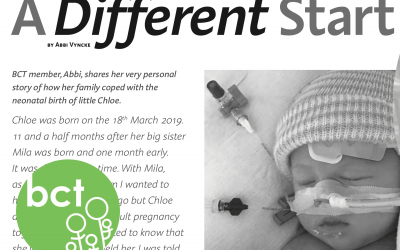 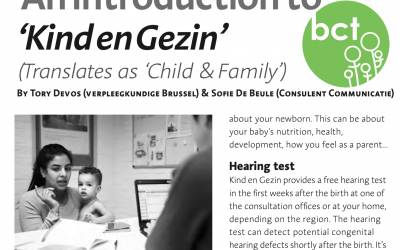 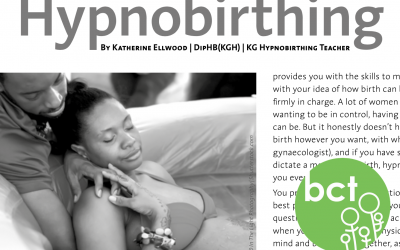