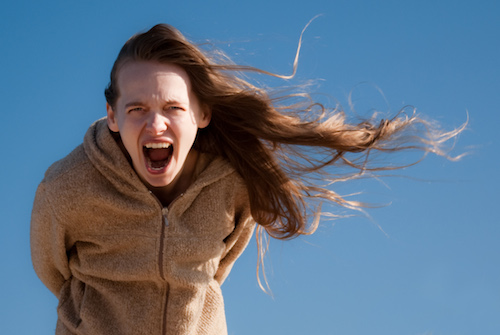 You might be familiar with the British television program Grumpy old men, which became a success some ten years ago. The grumpy old men discussed any issue that irritated them, such as loud mobile phone conversations in public places.

It is true that old men often seem to be grumpy. I have experienced several of them in Belgium, mainly due to the way I am driving or parking my car. Here is one example. I parked my car on a street in between two garages. When I got out of my car, a grumpy old man was knocking angrily on his window from the inside. I ignored him, because in my mind I had done nothing wrong. Then he came out, furious. Apparently I had parked my car 20 centimeters closer to his garage than the neighboring garage and he did not think that was right. I started arguing back, nearly exploded and realized that I am a grumpy person myself.

Having young children can make you grumpier than normal. The constant arguing, negotiating, bribing, threatening, yelling and so on to get the kids to do what you want them to do can be very exhausting, especially if you are sleep deprived on top of it. Having to deal with grumpy old men at the same time has proved to be the final test for my self-control.

Another time I parked my car on the wrong side of the street, my fault, I admit. Immediately a grumpy old man appeared from nowhere and started shouting at me. I do not understand, do these men really sit by their window and wait for somebody to yell at?

I believe that I am not the only grumpy young mum. It can be emotionally stressful to have children but few people admit it loudly. Therefore I have considered starting a grumpy young mums club where we could be honestly grumpy together and then have a good laugh about it. But a blog will do for now.

Despite my grumpiness I believe I am a positive person and most of the stress and grumpiness I am experiencing can be solved with a G&T, some friendly faces and a lot of laughter.

If you are a grumpy young mum and want to share your grumpy stories, I’d love to hear from you! With young I mean anybody who feels young, but I must admit that “older” mums with older children seem less grumpy! Is that true?

This article is about:
← Prev: Good dental habits from an early age Next: Buggy Rock 'n' Roll →

Postpartum Life: What I Didn’t Expect

Every now and then (in the past 5 months) my husband and I have reminisced about our labor and delivery experience,...

10 things which I do differently after becoming a parent

1) Working hours: I used to spend quite long hours in the office before December 2013. The reasons why I did long... 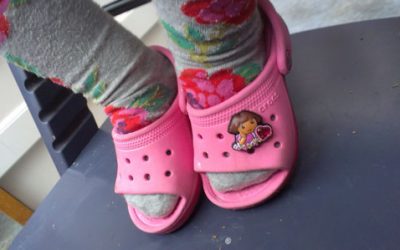 I think Dora started just after her 2nd birthday; only wanted to wear skirts, dresses, leggings with flower patterns,...